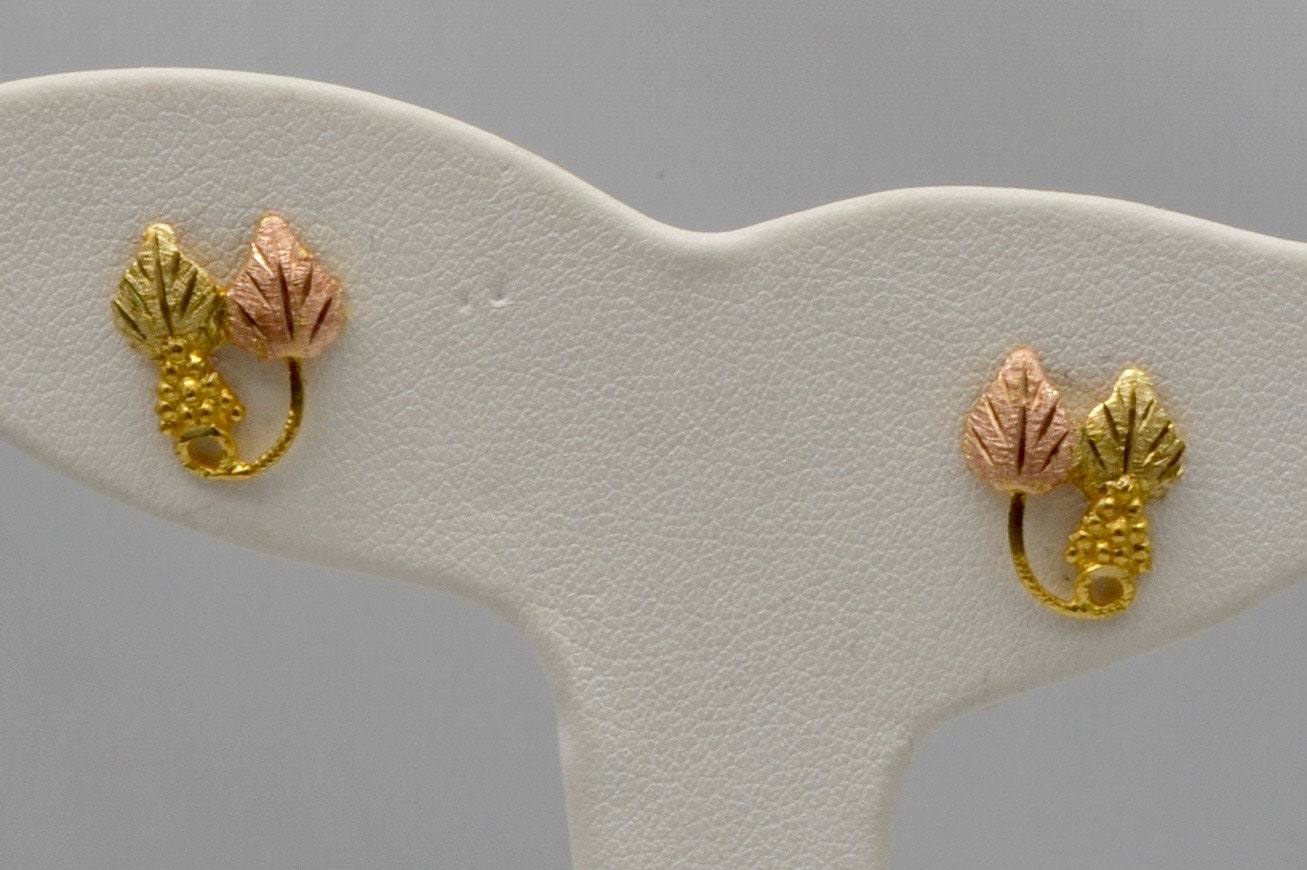 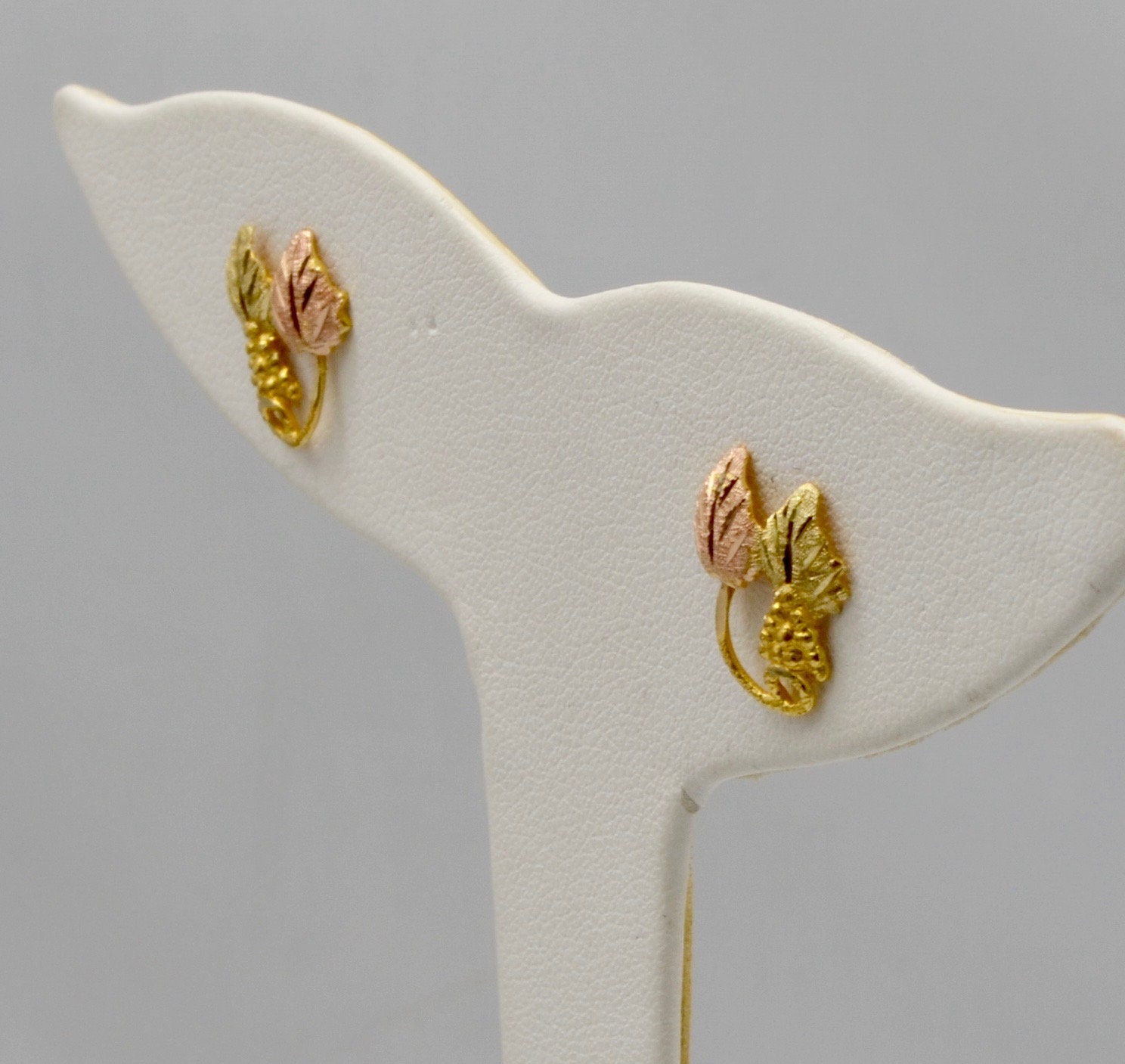 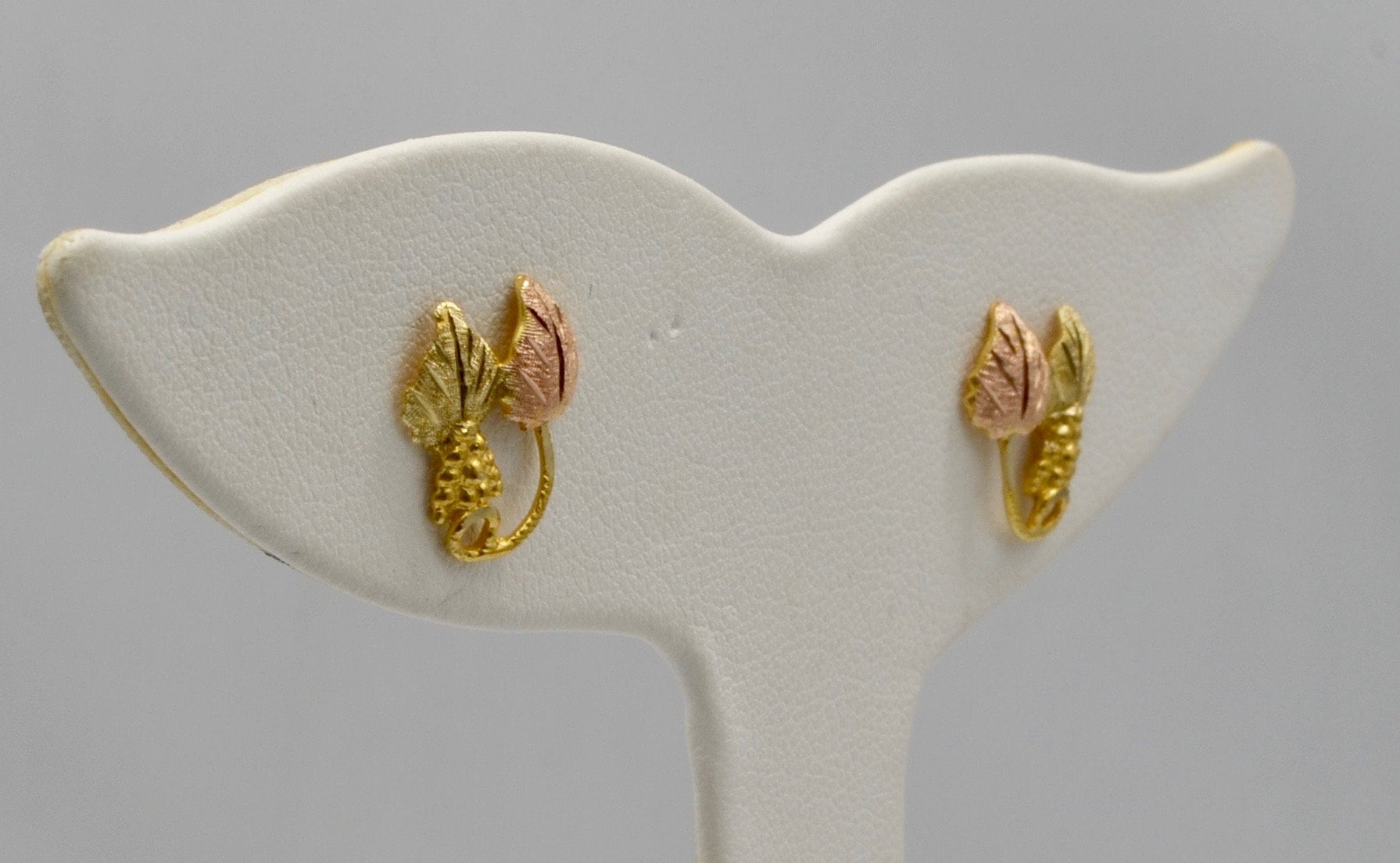 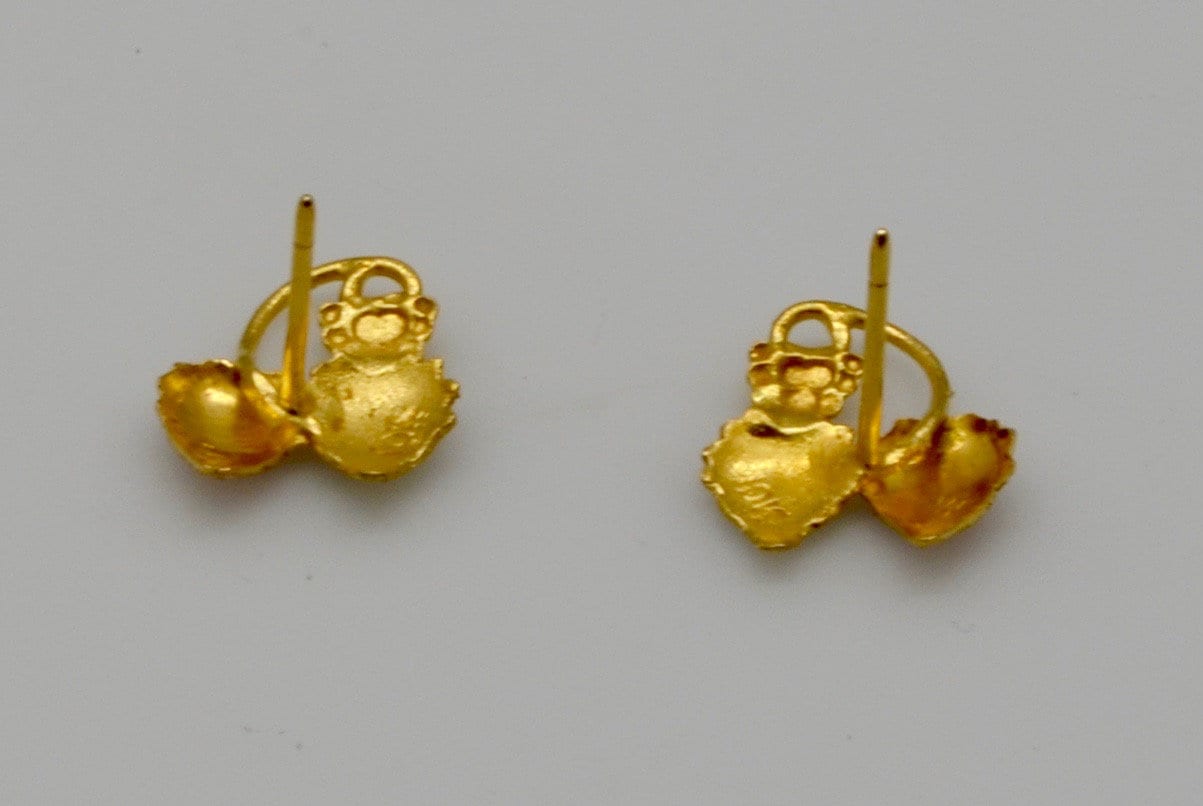 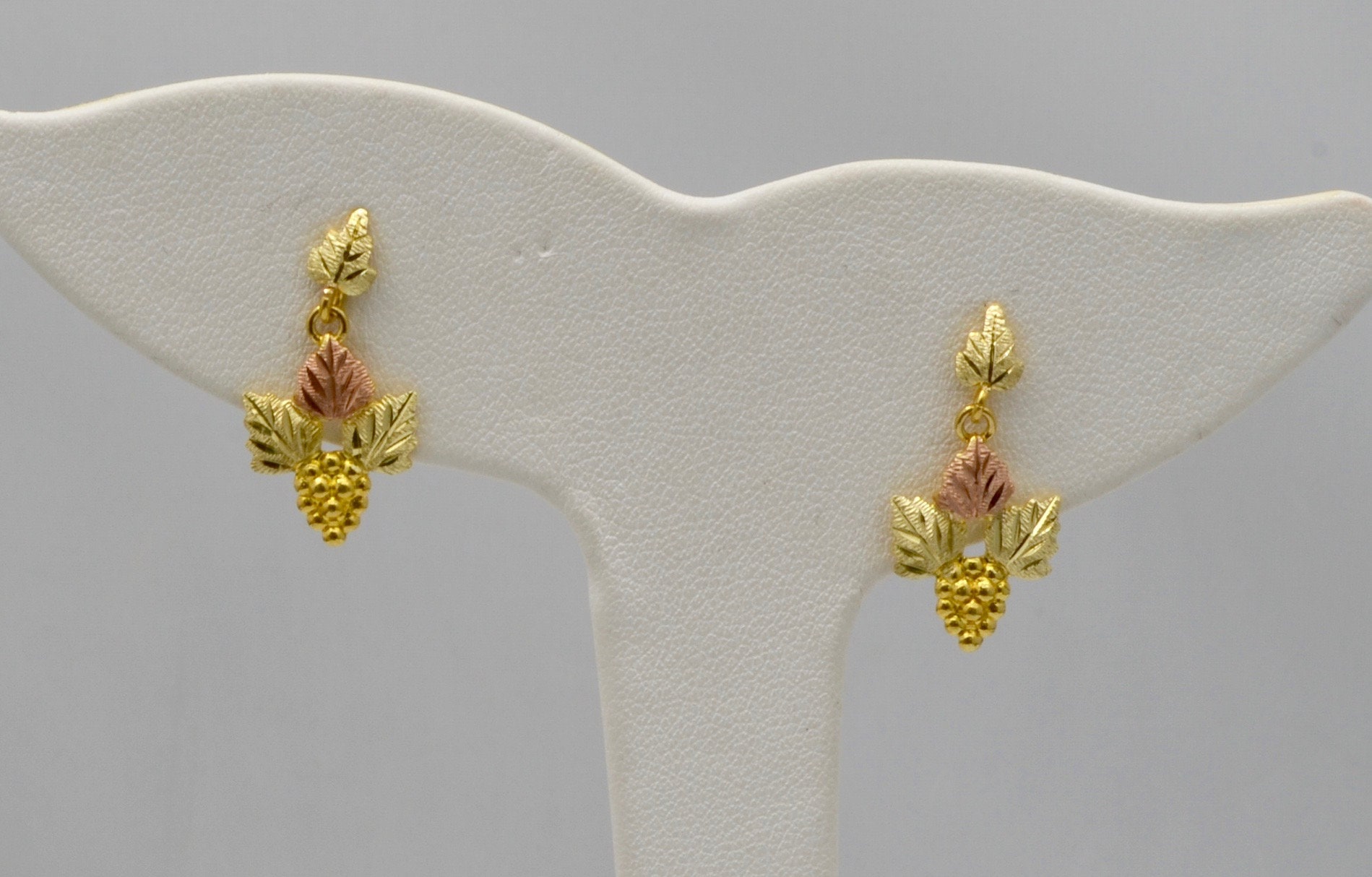 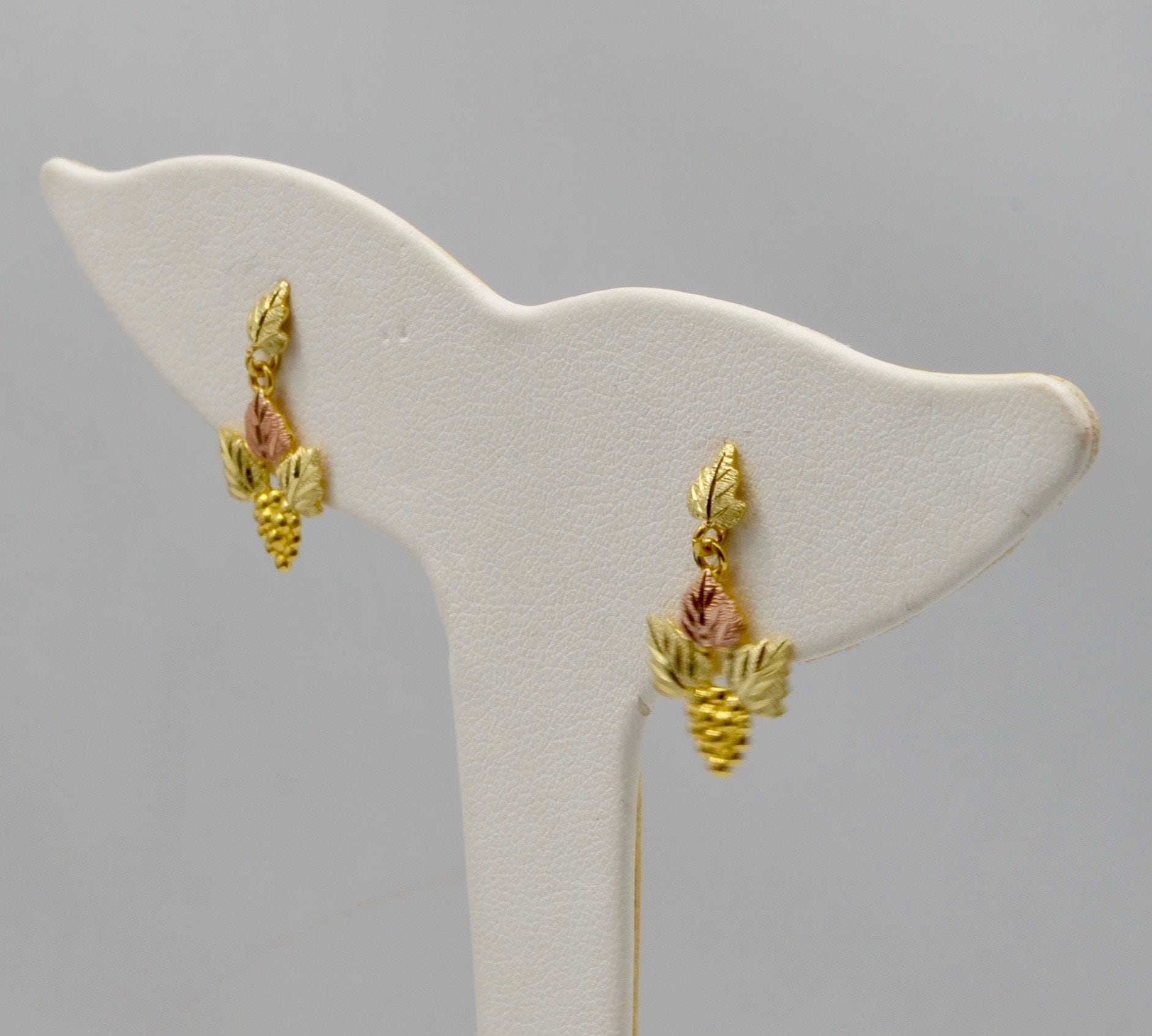 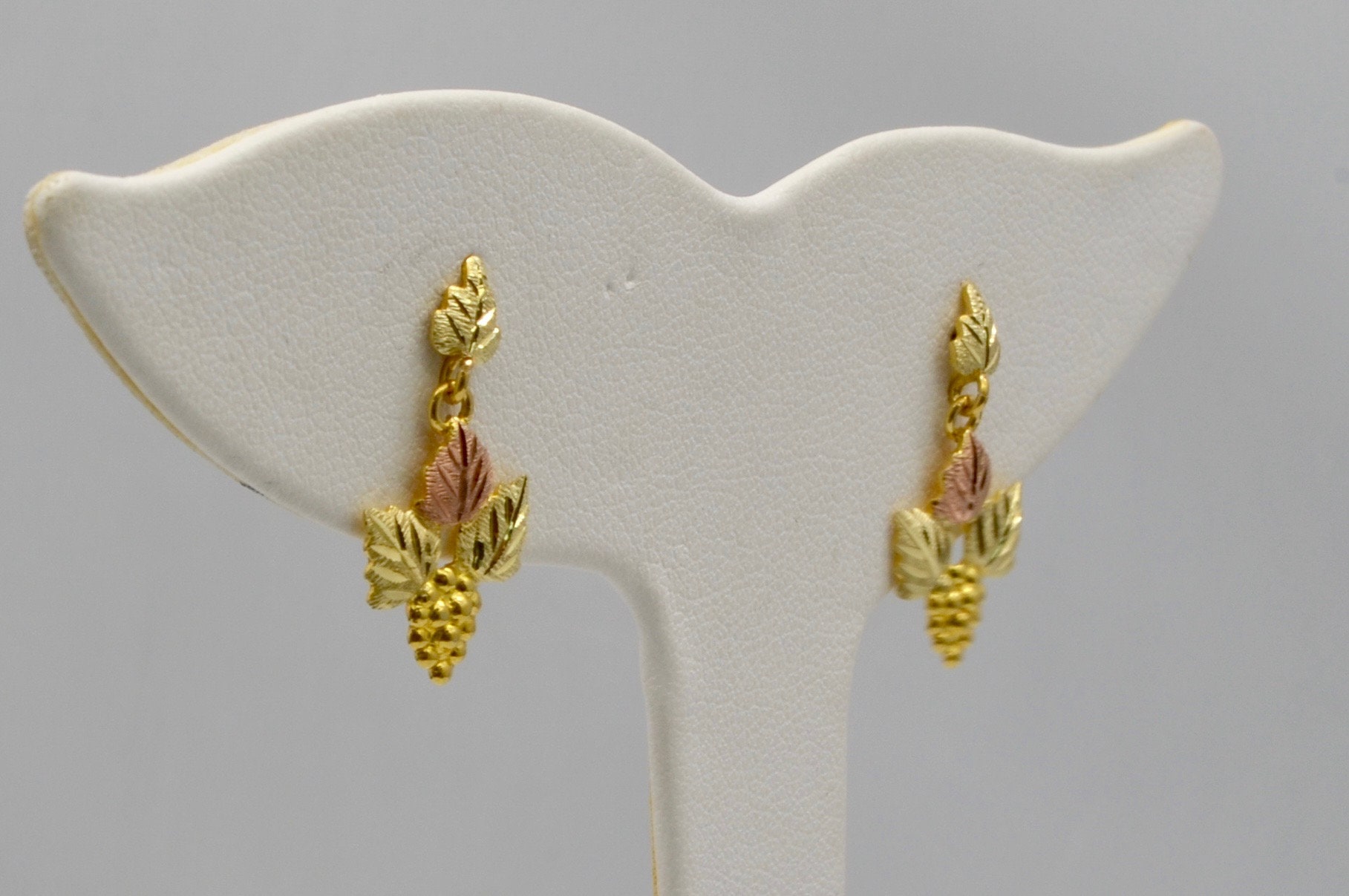 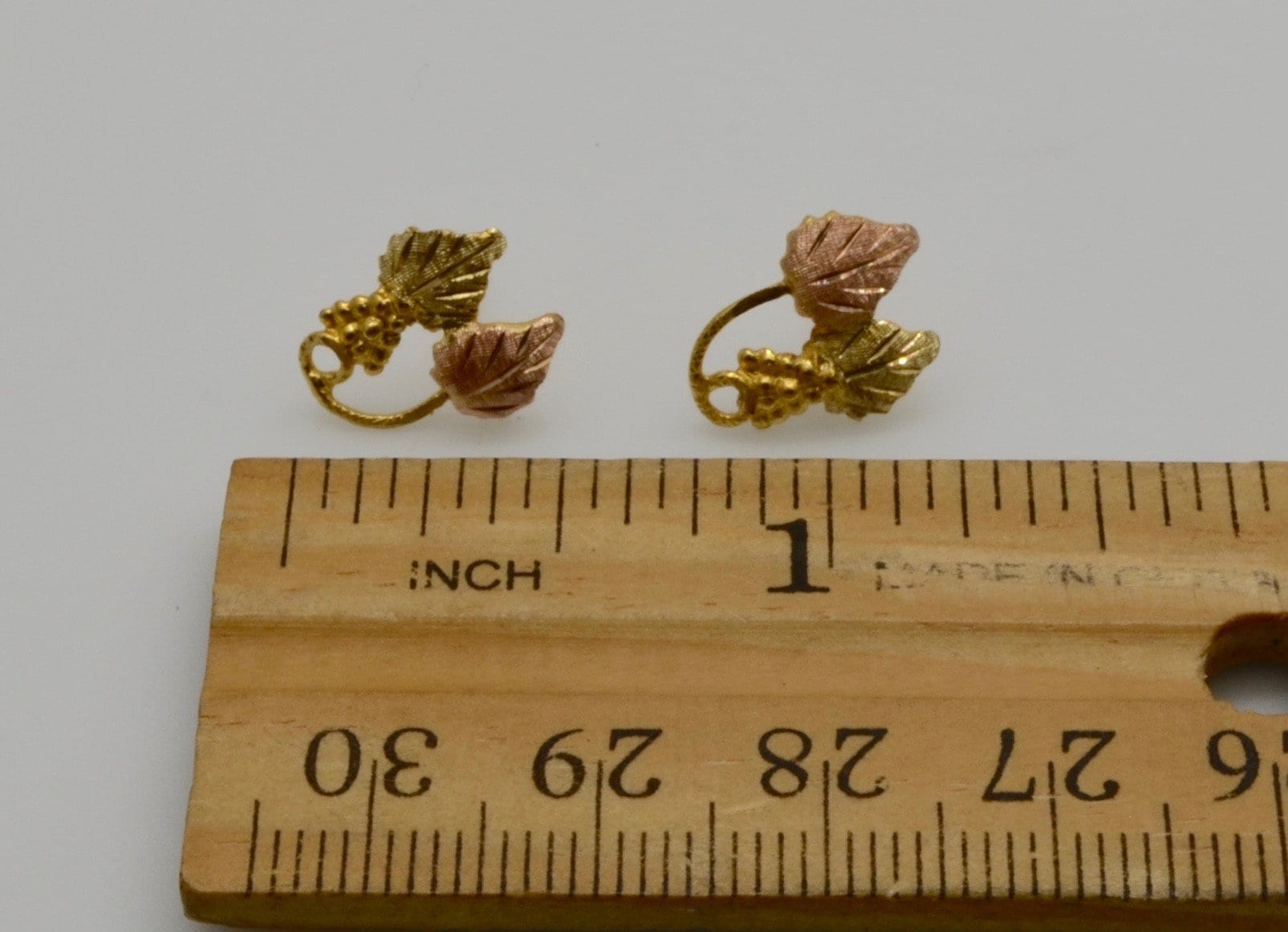 Materials
ORDER NOW
The Black Hills Gold Rush took place in Dakota Territory in the United States. It began in 1874 following the Custer Expedition and reached a peak in 1876-77. Prior to the Gold Rush, the Black Hills were used by Native Americans (primarily bands of Sioux but others also ranged through the area). The United States government recognized the Black Hills as belonging to the Sioux by the Treaty of Laramie in 1868. Despite being within Indian territory, and therefore off-limits, white Americans were increasingly interested in the gold-mining possibilities of the Black Hills.

Selected for your consideration is this beautiful pair of vintage Black Hills Tri-Color Gold earrings. Crafted in the traditional grape and leaf design, often found in Black Hills Gold jewelry. Uses friction backs and post, so you will need pierced ears. This piece measures 13mm tall by 10mm wide and weighs 1.2 grams - hallmarked with "A" for v. Felco Jewel Ind.

Take a moment to view the photo's for a real nice close-up look at this beautiful pair of earrings.